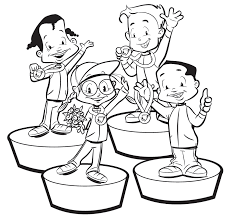 It all started as a crazy idea. From an intern nonetheless. While the “real” Olympics were taking place in China the folks over at the Midwest ISO were having an Olympics all their own.

The intern – Brooke Rodda – thought it would be great fun to come up with some challenges for interdepartmental games, and it was easy to think how that might just be good for morale.

Deb Lang, Director of Training, liked the idea and built on it. Deb’s big on teamwork and fun so the idea instantly appealed to her. As fate would have it, the Friday before a box of “BeanBoozled” had landed on her desk and she saw immediate application. (For the uninformed like me  – it’s a box of BeanBoozled jelly beans – 10 colors of beans and 20 flavors – every color has one tasty flavor, and a disgusting flavor – the idea is that you never know whether you are about to get a good one or a bad one. This, apparently, makes it ideal for party games.)

This instantly started Brooke’s mind going in the direction of whacky games – one having to do with blindfold bowling another with condiment painting (held in the cafeteria at lunchtime of course.) Before long she and her team of equally creative thinkers had planned the games and word rapidly spread throughout the company grapevine and more people came on board. “We want to be involved too,” was the most common sentiment heard. Energy and excitement were building.

By the time the day for the Olympics arrived representatives from several divisions wishing the company was on board, with more joining in to coach from the sidelines as word continued to spread.

The Olympics occurred mostly in 15 minute increments so not to take too much away from the work days. These short burst of activity really energized people throughout the five day competition.

I just happen to call on the last day and got a “blow by blow” on the final minutes of the events. I sat laughing in my parked car while a thunderstorm threatened right behind me. I had to make sure my car was not moving because I laughing much too hard to be driving.

Since I wanted to find out the results, I called back the next week and got the scoop. “So what did you get out of it?” I asked.“Besides fun? Team participation, increased communication between departments, memorable common experiences, innovation, engagement.”

“I gather then, this is only the first of your Olympics,” I asked.

A tradition is born. All because a company was open enough to listen to a suggestion of a young intern – a crazy suggestion at that.