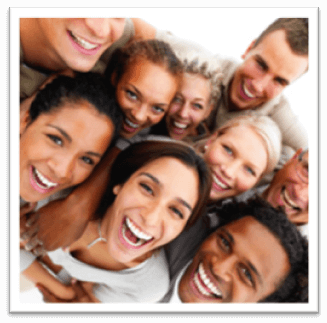 I don’t believe that. In fact, I think they have similar values, but they show up differently. For instance – in my generation dedication to family meant that you would work and work to make sure there was money in the bank so the bills could be paid, the insurance policies were up to date and the college fund was funded – even if that meant you missed the actual everyday activities of the family. You were, after all, providing for them, and that demonstrated your love, your care and your commitment to them.

The newer generations care about family too – and it shows up when they want to leave work at 6 PM to be part of family life, to bathe the baby, read to the toddler and take the second grader to soccer practice. Because many of the younger generation grew up without one or the other parent (or found themselves hopelessly caught in the middle) they covet actual family interaction.

Same values – different way of expressing them. Take a look at this minute and half video – viewed by over 17 Million – watch it forwards and then see it scroll backwards  – it’s a palindrome – a statement that reads the same backwards as forward, except this one has a different meaning.  Beautiful meaning when reversed.

Here’s the link – it will give you a new perspective on the  “Lost Generation”.