Are You a Hero? 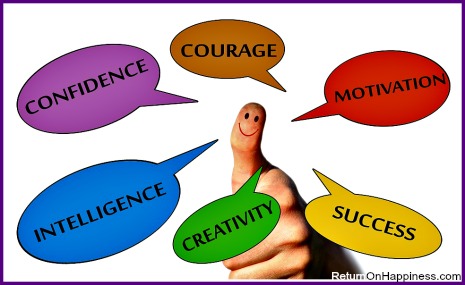 Years ago I was on assignment in NY, training a large number of people in a financial services firm. While the training programs themselves were about customer care, in reality there was a lot of work I did to help people manage stress.

I was called in at a time when a fair number of branches had been closed. Customers’ accounts seemed to have been arbitrarily reassigned to remaining branches and that made many of the customers downright angry. So while my assignment had to do with taking better care of those upset customers, it often focused first on taking care of a staff that felt beleaguered and exhausted by the long lines of angry people waiting for their chance to vent.

The customers had a right to be angry.

One day during a training session while discussing the impact of the negativity and how to deal with it, a young man in the group seemed less than interested in what I what I was saying. His body language told me he was not in sync with me or with the others. I called him on it.

“Tim, you don’t seem to agree with some of the things I’m saying.”

“That’s not how it is for me,” he replied. “I see how everyone here is so affected by these angry customers and how they react. I don’t feel the same way, in fact I LOVE angry customers!”

His declaration shocked all of us and the best I could say was, “Tell me more.”

“When an angry customer walks in the door, I get excited because I know I can make a real difference in their lives.”

“And then I imagine that I rip open my shirt and there is an “M” on my chest,” he gestured.

“Okay Tim, let me see if I have this straight, when you see an angry customer walk in you imagine that you are Mighty Mouse?”

“That’s right! I know that I have the power to save the day for that person, that no matter how angry they are I have the power and the skill to turn it around for them. It’s my goal – to see how many customers I can turn around in a day. When they walk away from me – they feel good.”

Fast forward to now. The study of Positive Psychology – how humans can have an optimum experience and create happiness in their own lives – and we find study after study that shows that how we think about something doesn’t just change how we feel about it, but it actually changes the objective results of it. Tim didn’t just change his experience; he changed the customer’s experience as well.

Psychologists believe that the brain is organized to act on what we predict will happen next.

They call this “Expectancy Theory.” Our expectations create brain patterns, just like actual experiences do. While Tim’s colleagues expected to be browbeaten by the customers and were, Tim expected that he would be triumphant in attempts to “save the day” and did.

Beliefs can actually change the concrete result of our efforts and our work.

In Shawn Achor’s “The Happiness Advantage” he tells of an experiment on the cleaning staff of seven different hotels. Half the employees were told how much exercise they were getting every day through their work, how many calories they were burning with all the reaching, vacuuming and moving around they did.

The other half – the control group – were told nothing.

Several weeks later at the end of the experiment, those housekeepers who had been primed to think of their work as exercise actually lost weight AND their cholesterol levels dropped. They did no extra work and did not exercise any more than the control group. The only difference was how they thought about it.

As Shawn puts it, “The mental construction of our daily activities, more than the activity itself defines our reality.”

How does your staff think about the work they do?

How do you think about the work you do?

Is it drudgery, is it joy, is it fun?

How can you “prime” your thinking and theirs to get you to “hero” status?

What kind of superpowers do you have that can elevate the customer experience and have your customers walking away happy, excited and ready to spread the good word about you?

Have some fun thinking about how to change your reality – and theirs – to create the kinds of experiences that make you stand out!

JoAnna (aka the Customer Care Goddess)